Modernization of the Rokycany – Plzeň track 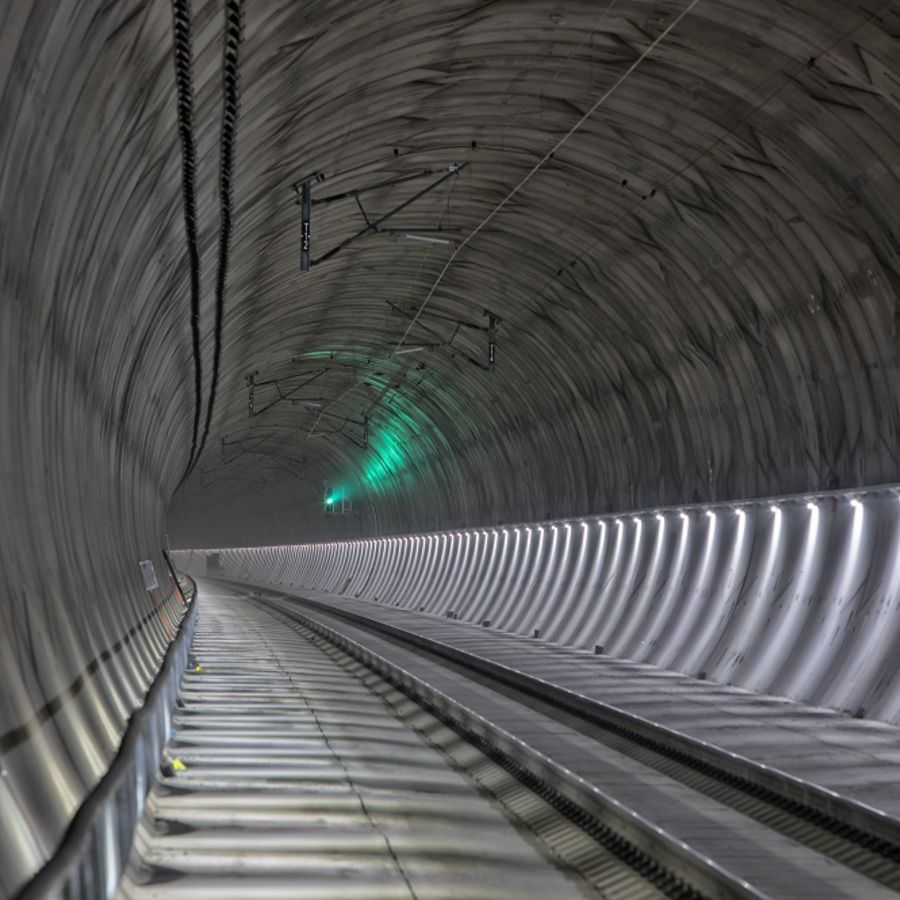 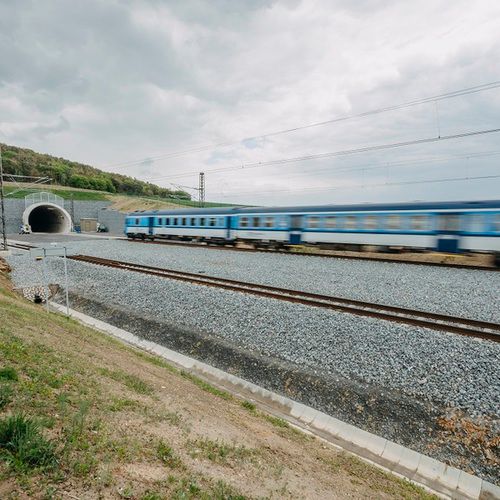 The reconstruction of the railway between Rokycany and Plzeň, part of the 3rd transit railway corridor and the backbone trans-European transport network, aims at achieving a travel time of less than one hour from the main railway station in Prague to the main railway station in Pilsen and also in the opposite direction. In addition to adjusting the track, stations and platforms, the construction of the Ejpovice tunnel, which is made up of two single-track tunnel tubes (north and south) connected by connecting corridors, is a key issue. It leads under the terrain formations Homolka and Chlum and its length from the east (entrance) portal to the west (exit) portal is about 4,150 m. The current track between Rokycany and Plzeň will thus be reduced thanks to the tunnel from its original length of 20.2 km by more than six kilometers.

The Project in Numbers

Exceptionality of the structure

The mining is carried out by a TBM S-799 – Viktorie machine with a cutterhead diameter of 9,840 mm (the biggest in the Czech Republic), length of 115 m, weight of 1,860 t, maximum speed of 80 mm/min. and a driving force of 64.7 MN. The actual mining of the southern tunnel tube began in February 2015, a breakthrough in the Doubravka exit portal took place in June 2016. The mining of the northern tunnel tube began in September 2016. 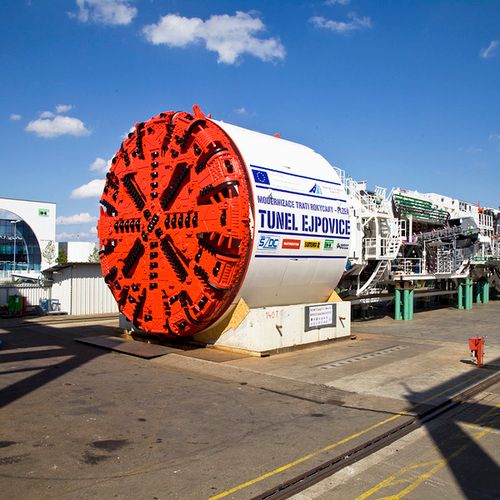 Check out other reference structures from the field of Tunnelling

The Radejčín tunnel on the D8 motorway consists of two two-lane one-way tubes that go under the Radejčín ridge of the České Středohoří mountains.

Drilled and blasted tunnel between the villages of Eskifjörður and Neskaupstaður on Iceland’s east coast.

The Blanka Tunnel complex is part of the Prague City circle between the flyover junctions of Malovanka and Pelc-Tyrolka.