Modern, five-story building, size of which respects the surrounding buildings. 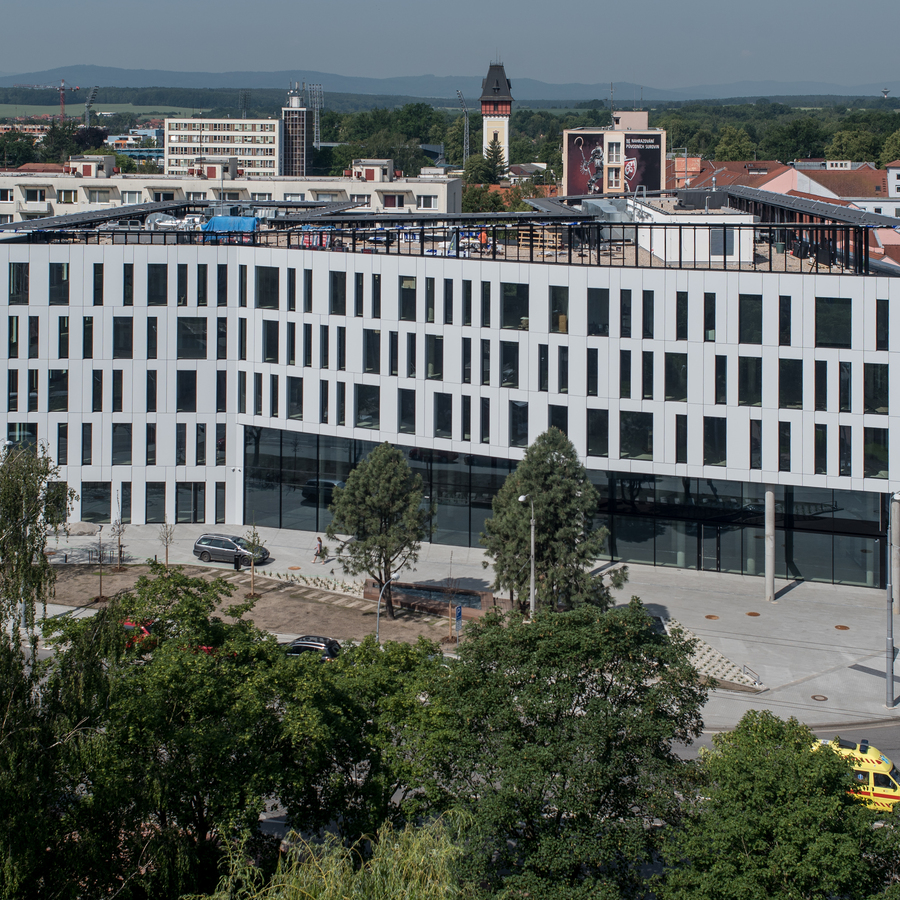 Modern, five-story building, size of which respects the surrounding buildings. It houses offices, shopping areas on the ground floor and more than hundred parking spaces on two underground stories. The building foundation is of a deep structure on large-diameter drilled piles. The foundation slab, together with the perimeter walls is made of watertight concrete. The loadbearing structures of the above-ground stories are formed by a reinforced concrete skeleton.

The unusual architectural design of the PIANO building expresses dynamics and harmony. The facade grid evokes keys of a concert grand piano, while the tilting upper attic reminds its shape. From the construction perspective, the most demanding element of the structure was the facade - from preparing the project workshop documentation to high demands for accuracy when building its loadbearing structure. Furthermore, four months prior to the building completion, Metrostav the subcontractor, which was supposed to implement the intricate facade, went out of business. As a result, the facade was eventually assembled by its own employees within a very short time.

Check out other reference structures from the field of Commercial construction

A state-of-the-art aquapark with the largest number of roofed attractions in the Czech Republic.

Office building with a dominant element - three sloping columns supporting the corners at the level of the set-back floors.

The project included the construction of a swimming hall with swimming pools, water slide, whirlpool, wellness and gym.